Police were kept busy with charges of disorderly conduct in public places, obscene language, assault, drunkenness and vagrancy, for this later charge the modern equivalent is being poor and homeless. Members of the public entered from Marine Terrace to speak to the duty constable who recorded information and incidents in the Occurrence Book. Benjamin Sutton, was a Police Constable here. He was born in September 1850 a few months after his parents arrived aboard the Scindian, the ship that brought the first consignment of convicts sentenced to transportation. Sutton joined the police force in January 1874 and accompanied explorer/surveyor Sir John Forrest and party to Geraldton, where Forrest began the first west-to-east expedition through the western centre of Australia. In 1879 Sutton was transferred to Busselton where he lived in one of the police cottages next to the Courthouse, with his wife Margaret and seven of their children. 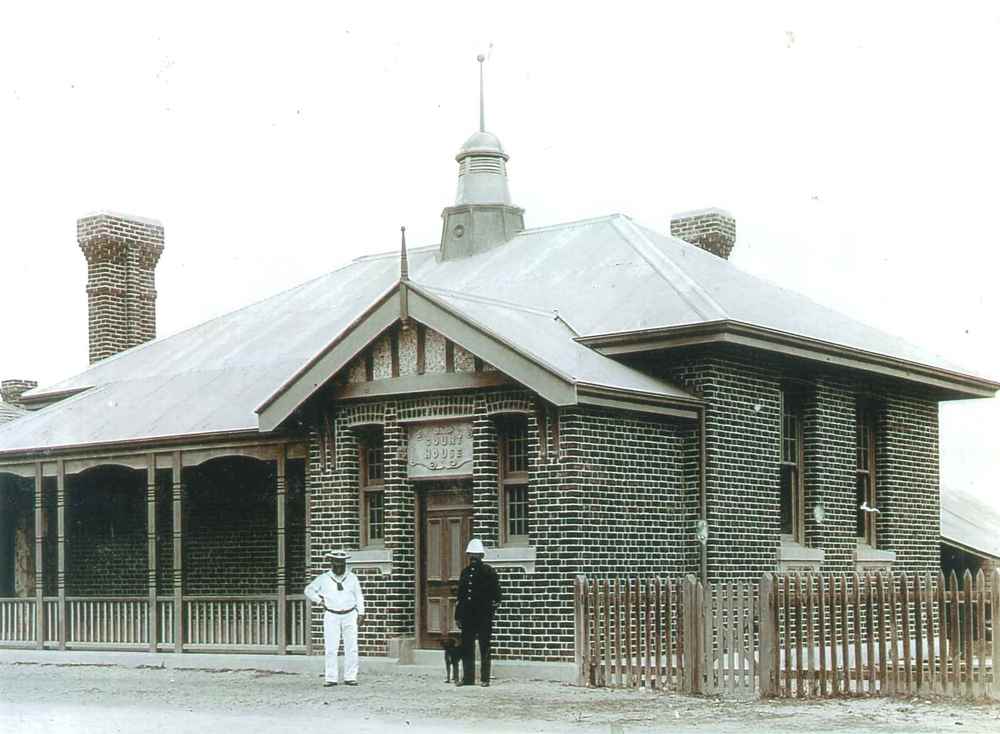